I have co-workers that seem to be getting away with a whole helluva lot of stuff lately and the culmination of their gettingawaywithit’s (shut-up spellcheck…) is just really starting to make me super bitter and pissy. It probably doesn’t help that my BFF is somewhat of a manager figure in their lives and uses me as a sounding board – but to be honest, I may have to ask her to stop, but my fear of her not telling ME these things, is that she will tell someone else that will not be as discreet as I am/have been – so I’d rather be the one that she comes to, but it’s wearing me out because at this point, I feel like I couldn’t do ANYTHING to get my ass fired that would be as bad as the bullshit I’m hearing about…not only that, but I’d never even test that theory because I’m awesome like that and I get paid a decent wage to do my job and don’t feel the need to test any of the powers-that-be.

There are other things too – like my relationship feels strained on my end with my BFF because of the way I see how she is or isn’t managing these people. I’m feeling really judgey – not in a catty way or in a way that I don’t want to see her succeed – it’s more of a disappointment, I guess, that she is allowing to be taken advantage of and allowing certain staff members to get away with certain behaviors that, in the real world, would get their asses pink-slipped.

I attempt to give her solid professional advice which I feel falls on deaf ears, which makes me just want to shut my fucking mouth and not say a word, but I want her to succeed and my feeling is that if she continues to be taken advantage of, at some point, someone who matters will catch wind of it and then it will reflect poorly on HER that she didn’t take a stand when these behaviors started showing their ugly heads.

I’m in a pickle here. I’m a very honest person. If I feel that I need to have a hard conversation with her about how she is being perceived, I have no issue with having that conversation. I can be very diplomatic and lady-like, when I need to be. And how she is being perceived is not really up for debate – if these people saw her as an authority figure, they would not be testing the waters like this. Testing the waters is something one does when they want to see how far they can push a person. If these people had any respect for her position as their immediate supervisor, they would be courteous and do things like call her when they take a sick day, or not take a sick day every Monday or Friday, or do something as simple as listen to their voicemails so that when they call in sick and she has to cover their office while they are out, she doesn’t have 40-50 voicemails that need to be listened to and/or responded to.

Yesterday, one of the units in an apartment complex that my BFF supervises, caught on fire. A very sad and heartbreaking thing to happen – a woman lost her life and a little 5 year old boy was in critical condition with burns all over his body. No one else was hurt. Apparently, the manager of that complex, one of these co-workers I’m bitching about, had stayed home sick yesterday. So, my BFF got a call that there was a fire from one of the maintenance staff, so she dropped what she was doing and took off for the complex to do whatever she could at the property, since the manager was gone, apparently – because she hadn’t gotten that call in the morning to let her know that she was home sick. (See? I mean…) After things had settled down a bit she took a moment to text the manager to let her know what happened.

Like, if something like that had happened to the property I manage, my ass would have 1.) Called to let my boss know I was sick and couldn’t make it in – IN THE DAMN FIRST PLACE. 2.) Had I gotten notified that an emergency of this magnitude had occurred, I would have jumped out of bed, gotten dressed and went down there!!!!!!!!! I just would. And I bet if you thought about that for even 2 seconds, that would be your reaction as well.

So, more time passed throughout the day and my BFF texted again to let her know that someone had passed from the fire and a boy was burned badly and after awhile she got this message back:

Is the fire out?

FOUR WORDS. She never showed up to see if she could help…

In defense of this person, she is a very caring individual. I think some things are happening in her personal life that are causing her to not make some very good decisions. BUT IF NO ONE CALLS HER ON IT, SHE WILL CONTINUE DOING THIS BULLSHIT. 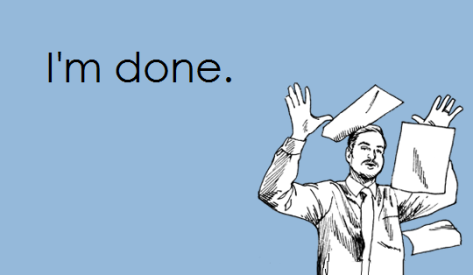 Anyway, I’m feeling burdened by all of this. It’s hard for me to take her seriously at all. Like…at. all.  SEE?!?!?!?! I’m getting PISSY NOW! Gah! There’s more, but I need to keep that to myself and just end this rant here because it’s already too long and I’m sure I’ve bored you with this subject enough.

Thanks for listening, y’all.

7 thoughts on “Ranty Times in Sassyland”